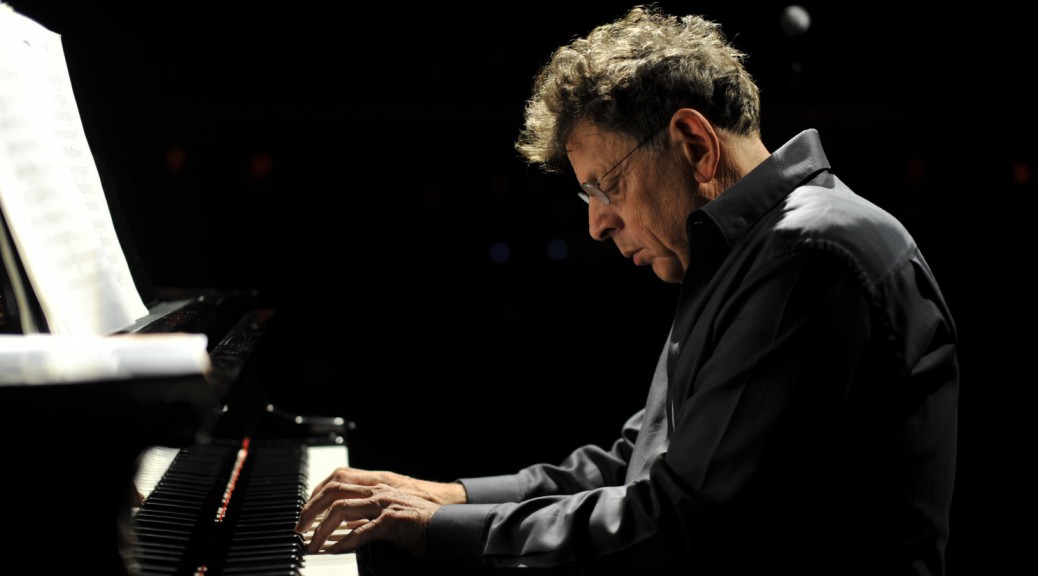 Philip Glass, the most famous and among the most-performed of living composers, turned 80 in January, and the year is being feted with “Glass@80” celebrations all over the world. And yet, Glass remains a maverick; much of his music remains little-known, and many serious music lovers are convinced they don’t like it. And few of those birthday celebrations are at the major cultural institutions in the country of his birth. The Kennedy Center? The National Symphony Orchestra? The Boston Symphony Orchestra or the New York Philharmonic? Look again.

“There’s a lot of people that think they don’t like that,” says the conductor Dennis Russell Davies, “without knowing what ‘that’ is.” 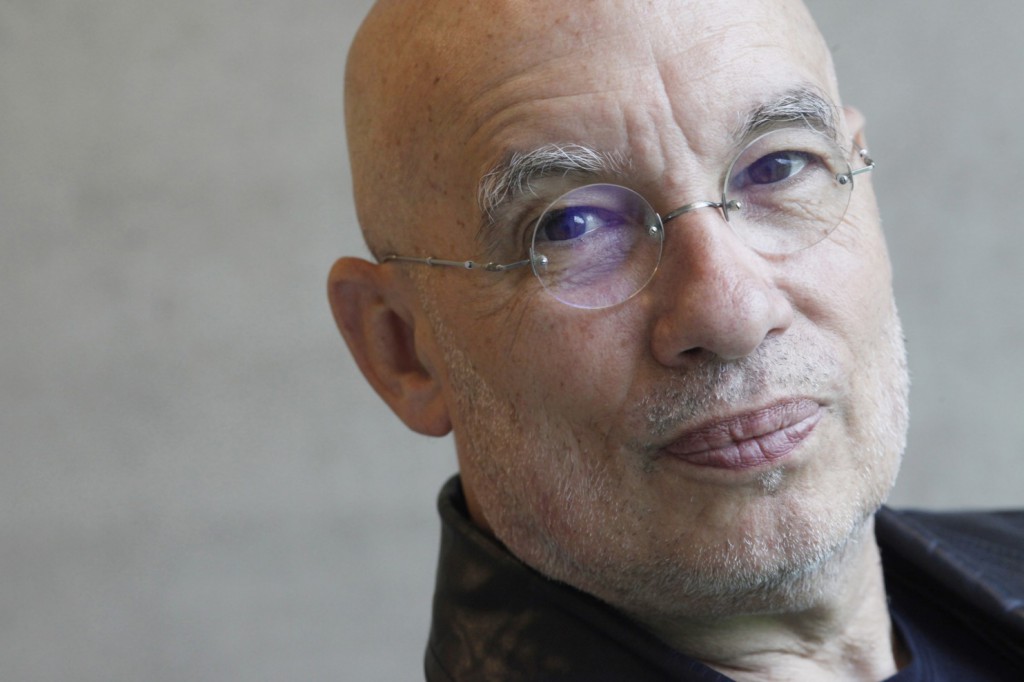 Davies, 72, knows well what “that” is. He is the conductor who knows Glass’s work better than anyone. Indeed, he is in no small part responsible for Glass’s evolution, over the second half of his career, as a composer of symphonic music and operas. He conducted the world premiere of Glass’s first symphony in 1992, when the composer was already in his 50s, and commissioned and premiered many of the next ones, up to and including the 11th, which had its premiere at Carnegie Hall on Jan. 31, the day of Glass’s birth.

And like Glass, Davies — who is coming to Washington Sunday with his wife for a duo piano recital at the Phillips Collection under the “Glass@80” rubric — is perhaps not well understood by U.S. audiences. He’s thought of as a chamber music conductor, and a new-music guy — not least because he founded the American Composers Orchestra in the 1970s. Yet he has also done outstanding work with the traditional canon.

Take his recorded symphonic cycles. “I’ve now recorded all of the Haydns,” he says, “all of the Bruckners, in every version — we’re the only orchestra and I’m the only conductor that’s ever done that — Honegger, Schubert, and Philip Glass.” He adds, with a smile, “I probably have a fairly unique recording background.”

A rep for repetition

How can someone as famous and prolific as Glass be so misunderstood? It’s not just a question of whether you like the music, or think you like it; it’s a question of knowing that it exists. Although Glass has written 11 symphonies, Davies says that when a major American orchestra was recently approached about performing Glass, the response was, “But he doesn’t write symphonies.”

There’s no question that Glass’s symphonic music has undergone a considerable evolution since the first, “Low” Symphony, based on the David Bowie album of the same name. “When Philip started writing orchestral music, he wasn’t as skilled as he is now by a long shot,” Davies observes. “He had the sound, but practical things, like how to help instrumentalists get through long stretches of doing similar things,” took longer to emerge. But, he says, “Starting with the 2nd symphony, it’s a unique sound; he has his language.”

“There’s a nice saying, similar to what used to be said about Mozart: It’s too easy for the amateur and too difficult for the professional,” Davies adds. “With Philip, [it’s] being able to play in tune accurately [and] be expressive with a minimum of virtuosic intention.” 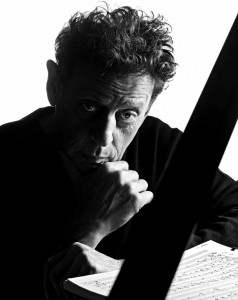 The rap on Glass, particularly from those who don’t know his music well, is that it simply repeats over and over, and verges on the banal — and is very hard to play. One musician has recently expressed how even the repetitions of the earlier work, approached with seriousness, can become revelatory. In her compelling, biting, and often painful memoir “The Skin Above My Knee,” published this month, the oboist Marcia Butler writes about her experience playing the opera “White Raven” in 1991.

It “makes you start to think about how the whole world is one enormous repeat,” she writes. “And you begin to develop a fascination with fractals and perfect proportions and certain colors like red and the golden mean and even the universal elements of the solar system that seem to hold the whole earth up and simultaneously keep it spinning. And repeating feels fundamental and natural and a God-given right.”

In a memoir that pulls no punches when it comes to unflattering portraits of musical figures, Butler reserves high praise for Davies, although she does not name him.

“This maestro is God’s gift to musicians,” she writes. “He uses his body parts to guide you and the world through this music. . . . His fingers tell you one thing, and later his elbows tell you something else. And when he uses his whole arm, it shows you something completely different. And he can change it up at will. Somehow, you know just what he wants.” She adds, “And when people do mess up their repeats, he just smiles. You want to play perfectly for him, because he is such a gentleman about the mistakes.”

So why isn’t Davies better known?

In part because he left for Europe in the 1980s. “Pigeonholing was an American sport,” he says, “and I wasn’t interested.” And in part, perhaps, because he’s been more interested in focusing on developing his own orchestras than in playing the guest-conductor game of going around to U.S. orchestras leading the traditional repertory.

And, work conditions in Europe have had a significant influence on the music he’s commissioned from Glass. Take Symphony No. 11. “We didn’t put limits on the instrumentation or length of the piece,” Davies says, “all those things American composers [for American orchestras] are forced to deal with. Europe has some issues, but I still live on Treasure Island over there. . . . We have enough rehearsals to deal with the program we’re doing. It’s a shoe box [in the United States]: a certain number of rehearsals, and then the concert. It’s understandable, but it gets in the way of the creative process sometimes.”

So, when Glass came over to work with the orchestra on the symphony in early January, he decided, after three days of rehearsals, that he needed to rewrite the ending. “He was right; it paid off,” Davies says. “It suddenly became much more difficult to play and conduct, but it ripped the audience right out of their seats.” That rewrite wouldn’t have been possible on a U.S. orchestra’s rehearsal schedule.

Davies has had significant input on a lot of Glass’s work over the decades. “I know there’s a real substance to what he’s going to bring,” he says, “and he knows I’m going to bring a critical point of view to it that he can trust. We’re able to talk right down to the structure of the piece itself.”

It’s audible in the symphonic music — like the 5th Symphony, dedicated to Davies, which the Washington Chorus recently performed in the District. It’s also audible in the piano music. Glass wrote the first six of his 20 piano etudes for Davies, 20 years ago. “That language has developed,” Davies observes. The last 10 etudes were written for Maki Namekawa, Davies’s wife, a former student of Pierre-Laurent Aimard, who has made something of a calling card of performing the whole cycle.

Glass “told me this is the way he really loves to present to the audience,” Namekawa says. “To talk to the audience. Like reading poems. His pieces are very strong sentences. I’m feeling like I’m reading a poem for the audience. It’s a beautiful moment; it’s really special.”

And you can hear it in “Four Movements for Two Pianos,” which Glass wrote for the couple — whose duo concerts have been acclaimed by aficionados for many years — in 2008, and which they will play at the culmination of their Phillips recital.

“It’s [Glass’s] instrument,” Davies says of the piano. “But as he says, now that he’s been involved with Maki and myself, his piano writing has become more difficult. He doesn’t have the ambition to play it himself; he wants to challenge us.”

He can’t do any more to promote Glass’s music than he’s already done. But as to gaining wider recognition for what Glass is really about, he can only be hopeful. There are signs that some orchestras are beginning to take note: The New York Philharmonic, for instance, is offering Glass’s concerto for two pianos next season.

“They’re important American pieces,” Davies says of Glass’s symphonic work. “I hope people will take a look at them.” 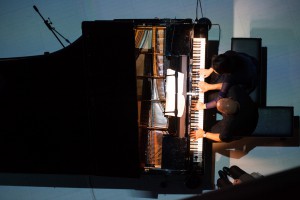